Skip to content Menu Close
“His humble, gentle address to our parish was very encouraging and very well received,” said Archpriest David Hovik, pastor of St Andrew Orthodox Church in Arlington, Wash. “He was quite easy to engage in conversation.”
His Eminence Metropolitan Antonios, Patriarchal Vicar, continued his tour of the Antiochian Archdiocese in the Seattle area from Dec. 12-13, 2022. Archpriest Thomas Zain, Vicar General of the Archdiocese, and Mr. Fawaz El Khoury, vice chairman of the Archdiocese Board of Trustees, joined him.
Sayidna Antonios visited three communities in two days, conveying the love and care of His Beatitude Patriarch John X of Antioch and All the East.
On Monday, he stopped in Snohomish, Wash. to see St. Thomas Church and its new property. He encouraged questions from the clergy and laity about the state of the Archdiocese. He also spoke at length about the importance of prayer of the heart and humility.
Then, His Eminence presided over the cycle of services for the feast of St. Herman of Alaska at St. Paul Orthodox Church – Brier, WA. “It’s great blessing and privilege for me to be here with you to celebrate St. Herman of Alaska,” Saydina Antonios said. “I had never celebrated him before.”
On Tuesday, His Eminence led a meeting of the clergy from the Pacific Northwest and Canadian Prairie deaneries. Sayidna Antonios and the clergy spoke openly about the state of the Archdiocese and the nomination process for the next Metropolitan.
That evening, to conclude the visit to the Seattle area, His Eminence presided at vespers at St. Andrew Church.
Antiochian.org #orthodoxy 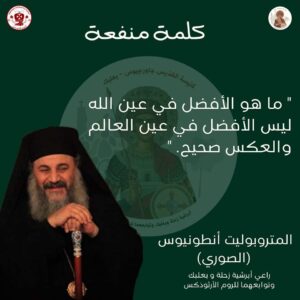 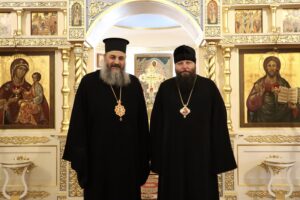 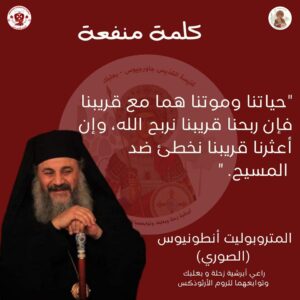